Duvdevani has spent his long career supporting illegal Israeli settlements and promoting Palestinian dispossession. In his new role as global chairperson of the Jewish National Fund, he will be doing much the same. (Mondoweiss December 1st 2020) 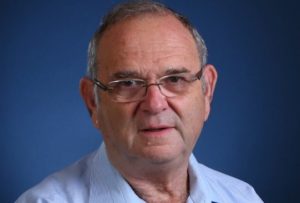 After an unusually fierce debate within key Zionist institutions, the World Zionist Organisation (WZO) has officially confirmed that its outgoing chair, Avraham Duvdevani, (above), of the religious Mizrachi slate, has been elected as the new global chairperson of the KKL-JNF.

Duvdevani replaces Danny Atar, a former Zionist Union MK, whose campaign for a second-term at KKL-JNF had the support of Israel’s Alternate Prime Minister Benny Gantz.

So, who is this new man at the top of the organization that owns 13% of the total land of Israel?

Before becoming the head of the World Zionist Organisation in 2010, spearheading the WZO’s growth subsequent to its split with the Jewish Agency, Duvdevani spent a long stint as the head of the WZOs settlement division. Established in 1971, the settlement division’s role is to finance illegal Israeli settlements on stolen Palestinian land, in close cooperation with the Israeli state, who grants it the entirety of its funding.

Boasting of the WZO’s role in implementing the Israeli government’s policy of settlement expansion in occupied East Jerusalem, Duvdevani commented in 2002 that it “was very easy to get permission from the minister of defense and the government to build settlements that strengthened Jerusalem as the capital and the Jewish majority in Jerusalem and that blocked the option of the Palestinians to build in and near Jerusalem.”

In his roles at the WZO, Duvdevani was an enthusiastic proponent of policies rooted in the view that the indigenous Palestinian population is a demographic threat to be dealt with by increased Jewish settlement. In a speech given in the UK, encouraging Jews to move to Israel, he commented, “every year the [population] gap between the Arab citizens of Israel and the Jewish citizens of Israel is closing by 60,000 a year. So we need 60,000 Jews a year to come to freeze the gap between us and the Arabs.”

Fighting for the interests of Israeli settlers who live on stolen Palestinian land in the West Bank and East Jerusalem has been a hallmark of Duvdevani’s long career. Alongside his involvement in the WZO, he served on the central caucus of the far-right The Jewish Home party, promoting settler interests. The Jewish Home party, previously headed by former Minister of Defense Naftali Bennett, opposes the creation of a Palestinian state and advocates for unilateral annexation of the occupied West Bank.

For supporters of international law and justice, Duvdevani’s politics are repugnant. However, his support for rampant illegal settlement expansion and systematic discrimination means he will feel right at home in his new office.

Since its foundation in 1901, the Jewish National Fund has served as an agent of colonization, assisting the confiscation of Palestinian land and the ethnic cleansing of the indigenous population. Its explicit mandate in controlling this land is to develop and lease it only to Jews, and not to the Palestinian population.

This role continues today. Last year, it was revealed that over a two year period the organization secretly spent tens of millions of shekels in purchases of West Bank land  earmarked for the expansion of illegal settlements, while its subsidiary Himnuta spearheaded fresh attempts to force Palestinians from their homes in annexed East Jerusalem. Himnuta and right-wing settler group Elad have long cooperated to force Palestinian families from their homes in Silwan.

Given the role of the KKL-JNF in Palestinian dispossession, which will continue under the helm of its new global chairman, it is deeply disturbing that JNF UK maintains charity status, gaining with it attendant tax and financial benefits.

The campaign to get JNF UK stripped of its charity status is growing in momentum, in light of these new revelations demonstrating the key role the KKL-JNF continues to play in Palestinian dispossession.

As a cross-party group of parliamentarians recently demanded, through signing EDM 529, their charity status must be placed under immediate investigation.
You can find out more about the campaign here: http://www.stopthejnf.org/