A scandal the BBC can’t ignore: Roman Abramovich gives millions to Elad, who work with the JNF to evict Palestinians in East Jerusalem.

The owner of Chelsea football club, Roman Abramovich, has donated over $100,000,000 to Elad, the right-wing settler organisation, dedicated to Judaising East Jerusalem – a process which translates into ethnic cleansing. The Sumarin are the high-profile family at the heart of the current furore, but there have been many before and will be many after them facing eviction, unless the JNF (operating through its shady subsidiary, Himnuta) and Elad are stopped.

We know East Jerusalem is illegally annexed; we know the plan is to get rid of the Palestinian inhabitants and develop the City of David theme park. We also know that the forced evictions, the planting of Jewish colonisers in the homes of local Palestinians and the ethnic cleansing are all illegal under international law. Now we know that Britain, a safe harbour for oligarchs and money launderers, gives a home to the man who makes this possible by his generous donations.

This BBC documentary spells it out. Please watch and write to your MP, urging them to sign EDM529. If you’re a football fan, ask the Football authorities if a man like Abramovich is a “fit and proper” person to own a major UK club. 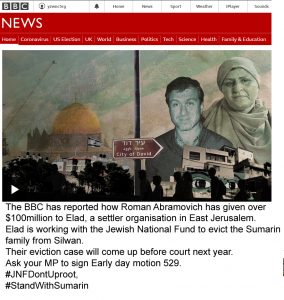 Register for our next webinar 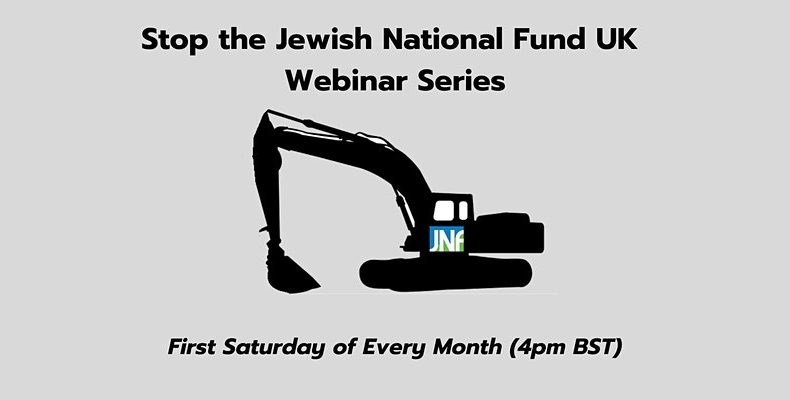